2017 was the year of global growth for European hotel industry

2017 was the year of global growth for European hotel industry

The latest ECM-MKG European Destinations Observatory report* points out that, in European cities, the Revenue Per Available Room (RevPAR)** experienced in 2017 a 6% growth compared to 2016. The Occupancy Rate*** increased by 2.2 points and the Average Daily Rate (ADR)**** by 2.9%. Midscale and upscale hotels are on a dynamic trend with a RevPAR of +6% both compared to last year. Overall, growth can be observed throughout the continent, especially in the Iberian Peninsula, UK and Eastern Europe.

The « Brexit » did not turn visitors away from the United Kingdom

No casualty was deplored following the “Brexit” in the United Kingdom since the RevPAR grew by 5.6%. Edinburgh and London are in the top 3 with the best occupancy rate in Europe.

There are disparities for German and Italian cities

Germany is on a low-positive growth trend: +2.1% of the RevPAR. In spite of a strong business activity, some cities are on a down trend (Düsseldorf, Leipzig, Munich and Nuremberg), while Cologne, Hamburg and Hannover recorded a RevPAR increase of 13.1%, 5.7% and 5.3% respectively. Italy (+5.8%), after a difficult year in 2016, shows an increase in its RevPAR, this positive change can be explained by the good results recorded in Florence (+11.2%), Venice (+16.4%) or Milan (+6.4%). Rome continues to note negative results (RevPAR: -6.3%) but the occupancy rate remains almost at the same level compared to last year.

The year 2017, like 2016, has been very fruitful for cities located on the Iberian Peninsula

On the Iberian Peninsula, tourist arrivals continue to grow under the effect of their internal dynamics (improved economic context) and carryovers of visitors from Mediterranean destinations affected by terrorist attacks in recent months (Turkey, French Riviera, Egypt, Maghreb…). All cities in Spain (+9.6%) and Portugal (+18.8%) gained a strong RevPAR increase, as Madrid (+17.2%), who hosted many international business meetings this year, or Barcelona (+7.7%). These big cities are not the only ones since Valencia, Bilbao and Malaga also went through a RevPAR increase between 11% and 14%. Lisbon, which organised a few international conventions in the first part of the year, also posted a RevPAR increase of 24.5%.

Warsaw posted a RevPAR up by 9.2% thanks to several international conventions or conferences with high average daily rate (+8.1%). Budapest, thanks to its solid business activity, is off to a good start this year, and counts on a RevPAR increase of 12.6%. Vienna also recorded a RevPAR increase (+1.1%) along with Prague, host of many congresses and conferences, (+ 9.6%), the occupancy rate rose by +2.4 points and the average daily rate increased by 6.5% compared to 2016.

France and Benelux also gained in RevPAR in 2017

Belgium observed an increase in its hotel performances, (+13.9%) for its RevPAR. Brussel’s RevPAR rose by 17.4%, mostly due to a 9.5-point increase in its occupancy rate. Ghent (+12.2%) is on a positive trend too. In this Benelux area, Luxembourg observed a RevPAR increase (+13.4%), while Amsterdam after the organisation of international business events, recorded a RevPAR increase of 10.4% and the highest occupancy rate among this sample of cities.

France only showed a growth (+4.9%) thanks to its strong touristic pole: Paris recorded a 5.5-point increase in occupation rate, and a RevPAR rise of 6.2%. Other cities like Bordeaux (+7.8%), Toulouse (+4%) and Bayonne/Biarritz (6.9%) also recorded a RevPAR increase. Only Montpellier is on a negative trend (RevPAR: -9.3%), Lille and Lyon have a RevPAR change negatively stable (-0.3%).

European Cities Marketing is a non-profit organisation improving the competitiveness and performance of leading cities of Europe by providing a platform for convention, leisure and city marketing professionals to exchange knowledge, best practice and widen their network to build new business. European Cities Marketing is promoting and linking the interests of members from more than 100 major cities in 38 countries.

This is not a tourism conference… but very much a conference for DMOs’ professionals!

🖼️ What does ‘next normal’ look like? During our dynamic pre-conference today, experts of data, trends, marketing and decision-making helped us answer our many questions for what’s next.
Register now for #THISISNOTATOURISMCONFERENCE: https://t.co/TFiyiT8dgx
#WeAreECM 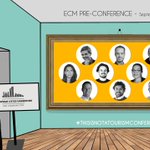 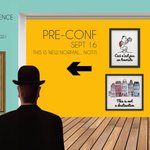 🖼️ On Sept 23, the 1st day of #THISISNOTATOURISMCONFERENCE “This is just the beginning…” will be about the #challenges we face and the action and changes we can and should make!
See all the speakers here: https://t.co/0V2kyFHGet
#WeAreECM
Powered by @group_nao 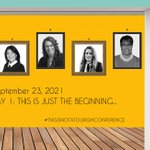 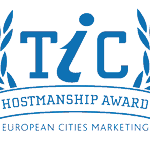 🖼️ 3 days left before our free Pre-Conference Sept 16! Get a glimpse of the Conference that will be held on Sept 23-24, 2021!
#THISISNOTATOURISMCONFERENCE is a not-to-be-missed event for all #tourism professionals & beyond!
🎟️: https://t.co/TFiyiSQCoZ
#WeAreECM 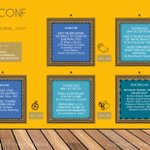 #ECMTIC2021 Register now! Join us for the 8th ECM TIC Expert Meeting that will be held in Girona on October 27-29, 2021. European Cities Marketing, through […]
View Calendar
Add
By using this website you agree to accept the use of cookies. Please, read our privacy policy.