“The growth in total bednights is lower than the previous year at 7.4%, and since a sustainable visitor economy is the common goal of European Cities, we take this as a sign of a healthy development.”, comments Petra Stušek, ECM President.

Petra Stušek, continues: “The past five years have shown a positive average annual growth rate of bednights in both the ECM report’s cities (+4.1%) as well as in the EU28 nations (+4.0%). City tourism bednights have again surpassed national tourism bednights, proving cities are the dominant geographical focus of European tourism, especially for short break and congress and/or convention‘s segments.. Some of the foreign markets observed in the report are definitely more attracted by European Cities than the countries taken as a whole: 88.8% of Japanese tourists in Europe stayed in 2018 in ECM cities whereas, 10.3% German tourists stay in ECM report cities.”

The dynamism of the European cities considering tourism as an economic leverage, combined with the competition of new destinations, can explain the 2018 growth. The main factors that influence tourism demand in Europe include increasing volatility within the past years, political and economic crisis (including Post-Crisis Year developments), security issues, airline connectivity, and economic recovery in the long-haul markets, such as Japan. Moreover, recent developments in tariffs, of which the trade war between the US, China, and Europe, can also influence the future of travel in the world, since they are expected to affect the world economy.

The ECM Benchmarking Report (#1 source of city tourism statistics) is free for members of European Cities Marketing and can be ordered from http://www.europeancitiesmarketing.com/ecm-benchmarking-report

European Cities Marketing is a non-profit organisation improving the competitiveness and performance of leading cities of Europe by providing a platform for convention, leisure and city marketing professionals to exchange knowledge, best practice and widen their network to build new business. European Cities Marketing is promoting and linking the interests of members from more than 115 major cities in 39 countries.
For more information and pictures, please contact:
Flavie Baudot, press@europeancitiesmarketing.com, +33 380 56 02 00
MODUL Research is a subdivision of MODUL University Vienna that aims to bridge the two domains of basic and applied research. MODUL Research engages in research projects that provide workable solutions to problems that private firms, industry associations, groups in civil society, and governmental organisations have identified as important.Contact information
MODUL Research www.modul.ac.at/MUResearch
Prof. Karl Wöber, President, karl.woeber@modul.ac.at

Kash Bhattacharya, Editor of the blog BudgetTraveller.org and founder of AdoptaHostel.com

Travel influencers can play a critical role in the recovery. We just need to think differently about them

During our last webinar on “Strategies for sustainable recovery”, we asked you to answer two questions about #sustainablerecovery and the #financialcrisis impact on #DMOs. What do you think of these results?
#ANewTomorrow is produced in collaboration with @group_nao
#WeAreECM 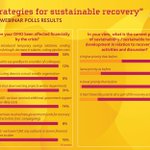 #aNewTomorrow is ahead as our societies and borders start to reopen, but what has changed in the strategic outlook for urban tourism and for European city DMOs?
The CEO panel conversation is taking place right now with @myhelsinki, @Hamburg_CVB and @MadridDestino
@group_nao 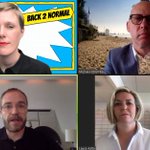 Our webinar is taking place right now! @MeganEplerWood, pioneer in ecotourism and sustainable tourism development, is restarting our discussion on how to plan for a sustainable #recovery. Stay tuned for the #CEOpanel with: @myhelsinki, @Hamburg_CVB, @MadridDestino 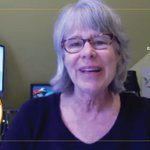 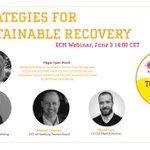 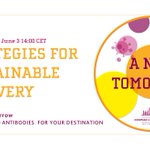 Showcase your destination to the international travel trade Ideally placed in a vital moment in Europe’s tourism recovery, City Fair is the opportunity to lay the foundations […]
View Calendar
Add
By using this website you agree to accept the use of cookies. Please, read our privacy policy.