How innovative data visualization can widen the audience of statistical data and boost operational decision-making. A case study.

How innovative data visualization can widen the audience of statistical data and boost operational decision-making. A case study. For years, Amsterdam Marketing (AM) has been collecting data about corporate and non-corporate meetings taking place in the Amsterdam Metropolitan Area. This is a time-consuming – thus costly – undertaking but we are convinced that the better informed our industry is, the better it performs. This said, these research efforts only make sense if we are able to share the information at our disposal as broadly as possible. The challenge is that in a field dominated by small-to-medium-sized enterprises, people usually have little time to deal with statistics and often no natural affinity with the topic.

At the crossroads of technology, research and design, the Key Figures: Amsterdam as a Convention Destination concept is an attempt to widen the audience of statistical data by reducing its complexity and creating emotional engagement.

With this project, Amsterdam Marketing created an imaginary yet extremely detailed view of Amsterdam in which easy-to-understand infographics were seamlessly integrated. This world of infographics made digging into the data a whole new experience, and enabled storytelling.

Meeting professionals were provided with various ways of accessing this world of infographics. A thousand hard copies of the Key Figures: Amsterdam as a Convention Destination report were printed and distributed to the partners of AM and congress organisers. An e-book was also produced and made available on the corporate website of AM. For live presentations, we decided to use web-based application Prezi, which meant that we could upload our whole world of data and later build various itineraries, zooming in and out and guiding our audience through Amsterdam as a conference destination. In order to reach the widest possible audience, we also made a Prezi presentation available to anybody online and added audio comments, an essential element of storytelling. Consequently, anybody within or outside the meeting sector could, from a computer, tablet or smartphone, access high-level statistical information about meetings in Amsterdam, 24/7. All access points to the world of data went live at approximately the same time, at the very end of June 2014.

Almost a year after the launch of the project, it is clear that the Key Figures project has reached its objective of widening the audience of statistical data. While AM has around 100 meeting partners, the online Prezi presentation has been viewed more than 2,100 times and the e-book more than 3,600 times. The Prezi presentation reached beyond the traditional scope of AM: not only did it grasp the attention of many businesses, it also penetrated those businesses more deeply since people who did not attend the live presentations could access the same level of information as those who did. In satisfaction surveys people noted that because the data had become so entertaining, they looked at it differently and got excited by some of the findings.

Whether in printed or digital format, the Key Figures contribute to building a common knowledge base about the Amsterdam Metropolitan Area among professionals within the meeting industry. Interestingly, some meeting venues have included the Key Figures report in the welcome pack for their new team members so as to kick-start their knowledge of the market. The report also appears to be extensively used for making business plans and bidding for hosting a conference. Put another way, a growing share of the Amsterdam meeting industry now uses the same language to sell the destination. At the other end of the spectrum, associations and corporate planners appreciate having access to hard data backing up the unique selling points of Amsterdam as a convention destination.

For all stakeholders in the tourism sector, the Key Figures: Amsterdam as a Convention Destination concept is a powerful example of the importance of having good statistical data and of being able to share it within a framework of cooperative strategies. Even more importantly, it also shows that innovation in tourism research is not just about developing costly new technologies: innovation can arise from creative ways of using existing tools. In this sense, the Key Figures deliver an empowering message: giving a human face to data is possible and helps people do better business.

The Key Figures project was distinguished last January during the 11th United Nations World Tourism Organization Awards for Excellence and Innovation in Tourism, in the “Innovation in Research and Technology” category.

The e-book of the report: http://issuu.com/iamsterdam/docs/am_kerncijfers_2014_issuu/1 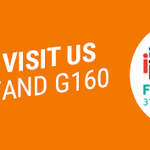 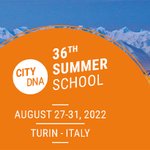