European Cities Marketing (ECM) announced a 3.6% growth in city tourism in 2016, with the domestic market increasing by 6.0% and the international market by 2.3%, respectively. The top 10 cities in terms of bednights stayed the same as the previous year, with London, Paris, and Berlin at the top of the list. Italy, Russia, and Japan continue to decrease as source markets, while the Chinese market reached a stable growth of 2.2% as of this year.

European Cities Marketing reported the preliminary results from the forthcoming European Cities Benchmarking Report with the findings that European cities continued their growth with a 3.6% increase in 2016 in total bednights compared to 2015. For the first time in recent years, domestic bednights (6.0%) grew more than international bednights (2.3%). The preliminary data feature results from 62 out of 121 cities, representing a total of 389.9 million bednights. Ignasi de Delàs, ECM President, explains: “We saw another exceptionally successful year for city tourism in Europe, despite major challenges arising. The terrorist attacks in Europe, and particularly in Paris, show the volatility, importance and resilience of tourism. Overseas markets such as China or Japan are particularly sensitive towards perceived risk which resulted in negative performance in 2016. However, since the last quarter of 2016 city tourism in Europe is back on track: Visitor numbers are strongly and steadily recovering for Paris as well as for source markets which were decreasing for years, such as Russia. City tourism in Europe in 2016 was “tossed by the waves but does not sink”, as European Cities remain the most attractive tourism destinations for visitors from all over the world and showed resilience and courage against terrorism.”

Moreover, the results indicate that overall European city tourism is growing; however, this time the growth is coming from European markets rather than BRIC markets.

The 13th edition of the European Cities Marketing Benchmarking Report will be available as of June 2017, representing the leading source of European city tourism statistics in the world. The report can be pre-ordered at a discount rate of -20% until the end of April.

*European Cities Marketing is a non-profit organisation improving the competitiveness and performance of leading cities of Europe by providing a platform for convention, leisure and city marketing professionals to exchange knowledge, best practice and widen their network to build new business. European Cities Marketing is promoting and linking the interests of members from more than 100 major cities in 36 countries. 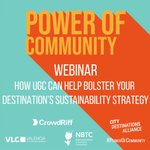 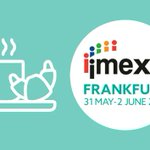